Event Description
Please note this is a hybrid event - you have the option to attend in person or virtually. Registrations are required for all attendees. For in-person attendees, the event will run from 12 - 2 pm and will include lunch. The live stream will begin at 1:10 pm (virtual attendees will be sent a link for the event via email).

Join us for a program with Rt. Hon. Henry McLeish, a former senior politician and current university professor and author, covering the vast scope of impending and potential political moments for Scotland and the UK.

The Right Honourable Henry McLeish, a former professional football player, and graduate of Heriot Watt University, Edinburgh, began his political career in Fife, Scotland in the early 1970’s, working his way through the ranks of elected office including the Kirkcaldy District Council and the Fife Regional Council. Elected to the United Kingdom Parliament in 1987 he became a member of the Blair Government in 1997. (A 30-year career in elected public office.)

As Minister for Devolution and Home Affairs, at the Scottish Office from 1997 to 1999 he was instrumental in shaping Scotland’s first Parliament in almost 300 years. He was also responsible for Law and Order including the Police, the legal system, and the Prison Service. Elected to the Scottish Parliament in 1999, he was Minister for Enterprise and Life -Long Learning overseeing higher education, industry, science, technology, and the economy.

He became First Minister (Head of Government) of Scotland in 2000: taking responsibility for Scotland’s emerging role on the European and World stage, leading official government missions internationally and implementing Scotland’s social and economic policies. He became a member of the Privy Council (Rt Hon) – an honour bestowed by Her Majesty the Queen - in the same year. He played a key role in the process of devolution, which transferred key aspects of legislative power and Government authority from the UK to Scotland.

After 30 years in elected office, Henry McLeish retired from elected public office and has continued in public service for the past 20 years. During the last few years, he has been visiting professor and lecturer at universities in the US, teaching European Union studies, UK Government and Politics. Positions include former Visiting Professor of European Studies at the University of Arkansas and Honorary Professor at Edinburgh University. He has also lectured at the University of South Florida and has taken take up a lecturing post for the next three years. Other lecturing posts include, University of Oklahoma, the United States Air Force Academy at Colorado Springs and the School of International Studies at Denver University. Courses have included: Political integration and the EU; Economic and Monetary Union; Current EU issues; Democracy and Government in the EU; EU foreign policy and external affairs; How the EU works and the complex structure of EU law; The issues of, Intergovernmentalism, Supranationalism and Federalism; and the future of the EU viewed through the prism of, “a United Europe of States” or “a United States of Europe”. Relationships between the EU, US and UK and sub-national level government and politics. He has particular experience and expertise in the four nation politics of the UK, including post Brexit Britain and Devolution of Government in Scotland. Most recently he was Visiting Professor of European Studies at St Mary’s University Law School, San Antonio, Texas.

McLeish has advised the LEED programme of the OECD in Paris, the European foundation for the Improvement of Working and Living Conditions in Dublin. He has worked for the European Commission and CEDEFOP as a consultant and retains an enthusiasm for the EU and all aspects of Life -Long Learning and Education.

Now involved in writing, lecturing, conferences, and broadcasting. He has authored nine books and is a regular contributor to the media on politics, public affairs, US politics, European Union, and football. Previously, columnist for the Holyrood Political Magazine in Scotland and columnist for the Scotsman newspaper.

Mr. McLeish is: Member of the Broadcasting Commission and Chair of the Scottish Prisons Commission, both set up by the Scottish Government. Chair of a major review of Scottish football. Chair of Sports Commission for the Scottish Government looking at the possible impact of Independence. Former Chair of City of Glasgow College and Glasgow Regional College Board. Recently Chaired Commission for Alzheimer’s Society in Scotland on advanced dementia, and now overseeing a research forum for Dementia. Formerly, member of the Open University Advisory Group in Scotland. Former Chair of the Fife Elite Football Academy. Board member of the “Scottish Football Supporters Association”. Chair of the National Mining Museum of Scotland. Fellow of the RSA (Royal society of the Arts). Ambassador for Alzheimer Scotland

Interests include: the life and works of Robert Burns Scotland’s National Poet and currently Honorary President of the Bowhill Peoples Burns Club,
Scottish and European History, the study of famous speeches, Art history, US politics, and Scottish Football.
A frequent visitor to the USA he has visited 42 of the 50 US states in the last 35 years, maintaining strong links with the Scottish diaspora and attending regular speaking engagements in Washington DC.

On leaving office, published “Scotland First” a political autobiography. With colleague Kenny Macaskill, former Member of the Scottish Parliament and formerly Cabinet Secretary and now UK MP, published two books on Scottish organisations and diaspora World-wide, “Where- Ever the Saltire Flies” and “Global Scots- Voices from Afar.” In 2008 he published with Tom Brown, former political journalist, a book on the future of the Union of the United Kingdom, titled, “Scotland: The Road Divides”. Again, with Tom Brown, he published “Scotland: a Suitable Case for Treatment” in August 2009. And, in 2012 he published, “Scotland the Growing Divide”. And published in the summer of 2014, “Rethinking our Politics- The Political and Constitutional Future of the United Kingdom”. In 2017 he published, “Citizens United-Taking back control in Turbulent Times”. And in August 2018 published, “Scottish Football-Requiem or Renaissance?” He is Currently working on two new books, Working Titles are, “Resilience and Interdependence-The Future of Small Nations, including Scotland and Ireland”, and “People, Politics and Parliament-Taking the Long View of Scotland’s Future”.
Location
DACOR Bacon House OR Online
1801 F Street, NW
Washington, DC 20006
UNITED STATES 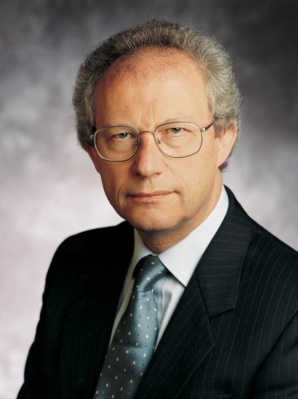